I might be an enlightened cat living in a modern world, but my soul is traditional which might be why I enjoy seeing humans use time-honoured practical skills to build and nurture things of beauty, such as six-foot scratch posts, steam engines and home-made raspberry jam.  My old-fashioned curiosity was satisfied at the fourth annual Wiston Steam Rally last weekend which was held in Steyning in the middle of the charming West Sussex countryside. 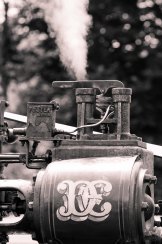 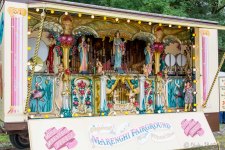 There were a variety of stalls and craft tents selling local products as well as a fairground, although John wouldn’t have noticed the entertainment because he spent most of the time with his head up a coal-bunker!  Regular readers may know that he is a real steam enthusiast and was happy to be strolling around in the open air surrounded by like-minded people.  There was no room for obsessive compulsive disorder amongst the steam engine aficionados who were busy working on a machine with one oil-covered hand while munching sandwiches with the other! 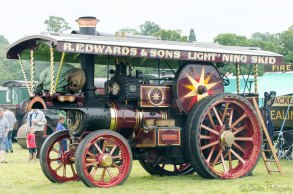 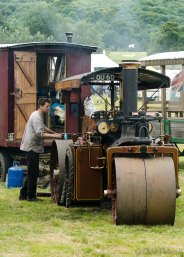 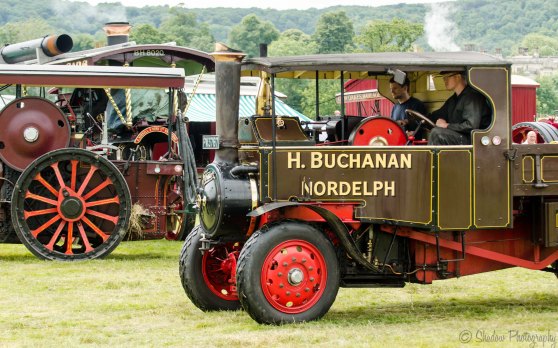 There were apparently over 600 exhibits including steam engines, vintage and classic cars, lorries, military vehicles, tractors, bikes and motorbikes.  Can you see the colourful object that depicts 3 ladies carrying union jacks, 2 attractive blonde heads adorned with wings, angelic cherubs playing musical instruments and a flamingo?  It’s actually a magnificently sculpted organ and if you look carefully you can see the pipes showing through the gaps in the craftsmanship.  Wood-cutting techniques were also being demonstrated and it is worth noting that the woodmanship was being carried out with proper consideration to ecological woodland management.

My little paws were feeling the strain as we headed towards the exit so a kind black dog let me hitch a ride with him on a miniature tractor while John walked beside me.  My trip in the trailer was a bit bumpy and there was a faint whiff of farmyard substances about the dog, but it was good fun and made people laugh.  By the time we got to the car for the journey home, I settled happily down for my pre-supper nap, a smile on my face and a purr in my heart. 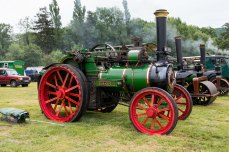 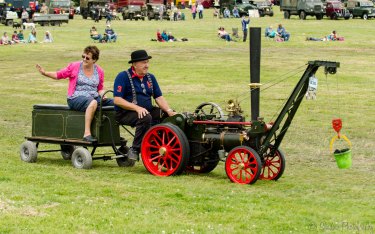 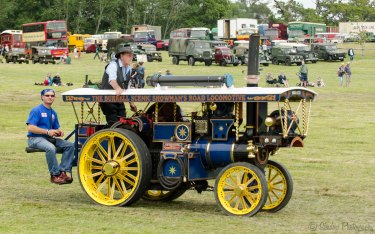