Get your flying jackets, helmets and goggles on!  I went all Top Gun on Sunday, at the Eastbourne International Airshow (known as ‘Airbourne’) on the seafront.  An enormous amount of organisation must have gone into this incredible and free event which was attended by thousands of people, and a fair number of dogs.  I was the only cat and I was a little nervous about getting lost or trodden on in the crowds so John carried me most of the time and brought a stool from home especially for me so that I would be comfortable and get a good view.

One of the big attractions was the fabulous RAF Red Arrows display team.  Nine pilots flew in perfect formation, averaging 400mph, flying sometimes only 8 feet apart.  Nerves of steel!  They performed a new move for 2013 called the twister where a group planes flew tightly together releasing white and blue smoke, and another followed the group, flying around the their trail while it released red smoke.

Another big highlight was the manoeuvres performed by the Chinook helicopter display team.  This special operations twin-turbine machine with its 99 foot long fuselage and 60 foot rotor span was surprisingly versatile.  It pointed its nose in the air and climbed almost vertically into the thick low-lying cloud before tipping its nose down and diving back to earth.  It also performed a roller-coaster manoeuvre, much to the pleasure of the crowd who waved and applauded. 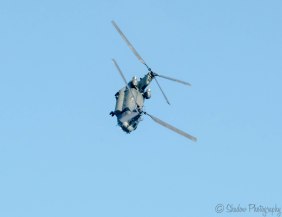 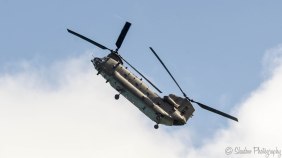 I must tell you about the Battle of Britain Memorial Flight which consisted of a Spitfire and a Hurricane leading a Lancaster Bomber across the skyline to commemorate the end of World War II and those who bravely fought in it.  The four-engined British Bomber sounded big and meaty as it flew by with dignity. 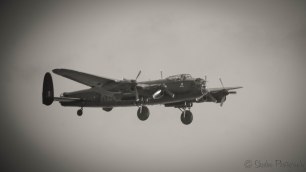 There were many other pilots showing us their skills, too many to mention here.  Like the crazy ladies known as the Breitling Wingwalkers who performed handstands whilst strapped to the top wings of 2 bright orange Boeing Stearman bi-planes.

The RNLI were present, patrolling the coastline, while the Red Cross were on the promenade taking care of those who needed first-aid.  There was a good atmosphere and it was an enjoyable day.  Hope you like the photos. 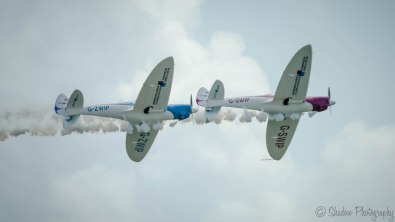 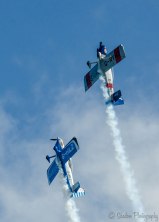 2 thoughts on “Shad does Airbourne”