My head must have been spinning all day thanks to the huge collection of super-fast and super-classy cars and bikes that went zooming past John and I last weekend at the Goodwood Festival of Speed.  The Festival is an excuse to celebrate some of the world’s most beautiful and powerful cars in the grounds of Goodwood House in West Sussex.  John and I joined thousands of other visitors to the event as we made our way to the stands where we had a fabulous view of the cars roaring up the track (known in Goodwood circles as ‘the hill’).  The cars raced against time to the finish line in various classes which included vintage, rally and touring cars, with my favourites being the grand prix vehicles and the prototypes.  John said there must have been millions of pounds worth of cars there including Bentleys, Maserati’s, McLarens, Porsche, Ferrari’s, Lotus and Jaguar. 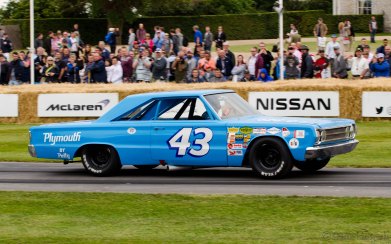 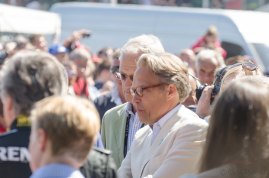 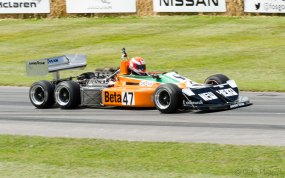 Amongst the crowds were a few famous figures in the racing world such as Lewis Hamilton who gave an interview outside the front of Goodwood House at the base of an ambitious sculpture designed to commemorate the span of Mercedes-Benz 120 years in motorsport.  This giant white monument reaches over the house and features a car on each arc, one is last year’s Hungarian Grand Prix winner driven by Lewis Hamilton and the other is the very first 1934 model silver racer. 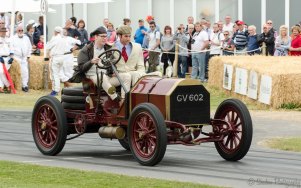 We saw racing legend Stirling Moss (winner of the 1955 British Grand Prix) drive a classic silver post-war Mercedes which cruised serenely past the stands, bringing to life an era reflected by the 3 white vintage Mercedes and their drivers clad in old-fashioned helmets, white race suits and goggles.  In complete contrast, Austrian racing driver Patrick Friesacher took showing off to a whole new level when he wheel-span like his life depended on it in front of the crowd, pouring coloured smoke from his back tyres.  Then World Rally Champion Daniel Sordo decided to tear up the tarmac performing back-to-back donuts in a Hyundai i20.

We saw Damon Hill (winner of the 1993 Hungarian Grand Prix the first of 22 victories) hurtling up the hill in his Williams Renault FW18 and John managed to get an autograph from Sir Jackie Stewart (winner of 3 World Championships).  We also got a picture of Giacomo Agostini, Italian world champion motorcyle roadracer who has a record 122 Grand Prix wins and 15 worldd championship titles leading some people to credit him as the greatest motorcycle racer of all time.

Some of the contemporary prototype cars were so silent and smooth that you barely knew they were there, but the engines on most of the racing cars and bikes were so loud that it made my lobes vibrate and I had to stick my paws in my ears to muffle the noise.  Like when the Typhoon flew by – a military fighter plane designed to be agile and maneuverable in combat with other aircraft.  Towards the end of the day, as another plane (a Hunter) soared overhead, we made our way back to the car park and were smiled at by two lovely ladies dressed in American 1940’s costume sitting on the wing of a WWII plane. 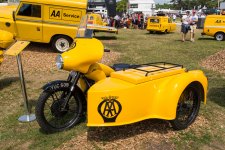 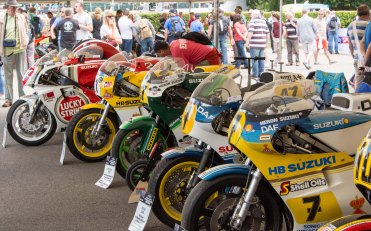 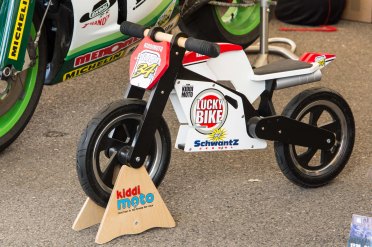 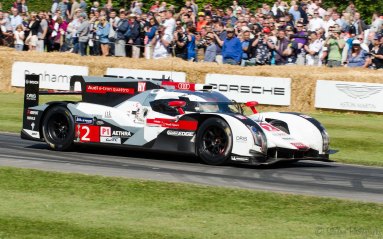