These are the times that restore my faith in humanity and remind me that empathy and kindness are the cornerstones of a truly civilised society.  When someone is willing to endure hardship on behalf of another person it’s a reminder of the goodness that drives many people to do crazy things like walking 28 miles along a concrete promenade in the searing heat to raise money for a good cause.  The sun feels scorching as it reflects off the shimmering water that’s looks perfectly still, ideal conditions for the paddle-boarders and jet skiers enjoying their workouts on the tranquil water of the Sussex coastline.  There are no trees or hills to cast a cool shadow, just a few beach huts and Victorian shelters dotted along the esplanade.  A light sea breeze and a chilled bottle of water are the only things to provide relief from the heat on their glistening brows and red faces. 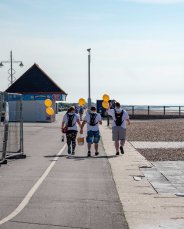 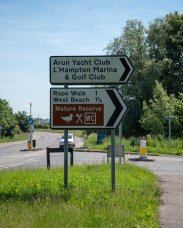 Scott, Dean and Kayleigh worked unbelievably hard to honour the commitment they had made to the Cystic Fibrosis Trust and raise as much money as they could to support people who live with cystic fibrosis.  It was 24ºC on the sea front and even the most well-worn pair of trainers is going to rub like billio when you march 60,000 steps and you’re sweating buckets!  Talking of buckets, the whacky walkers carried their collecting buckets all the way along their planned route which started at Bognor Regis pier and took them along the A259.  The guys working on the improvements to the A259 deserve a special thank you for encouraging our intrepid trio and digging deep into their pockets.  The footpath along that road leads to a bridge that crosses the River Arun and took our team to a pretty part of the coastline characterised by shingle beaches and sandy dunes spotted with spiky tufts of Marram grass.  Sounds like an ideal napping spot for a cat who likes to roll around in sand and hide in long grass. 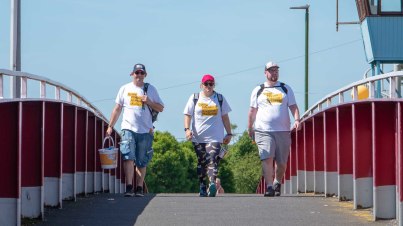 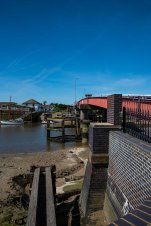 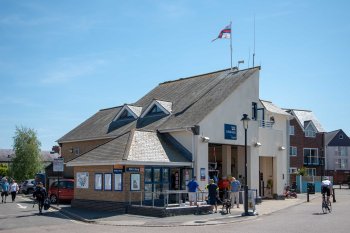 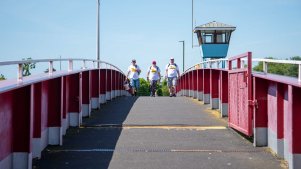 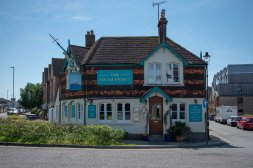 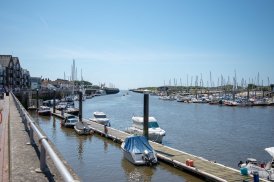 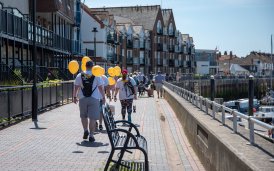 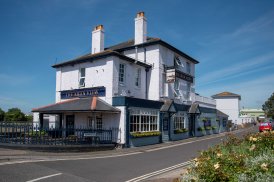 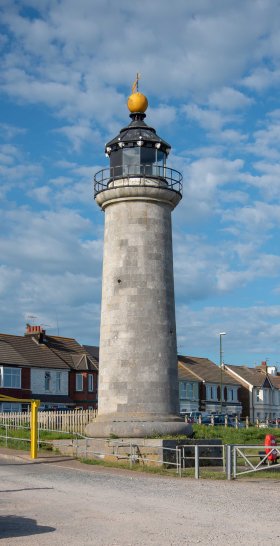 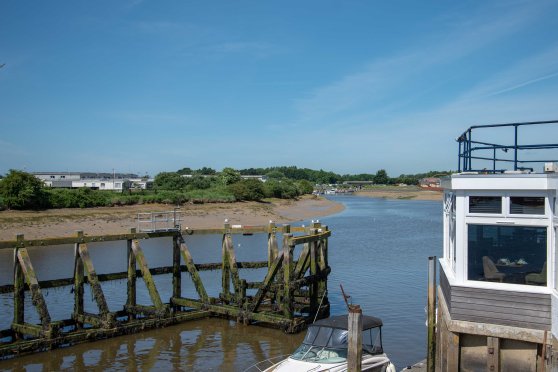 Lots of yachts and small boats were moored at Littlehampton Marina, bobbing up and down gently in the sheltered bay waiting for their owners to take them out to sea for a taste of freedom.  Our charity walkers mostly tasted the salty air and it was time for a rest and a top up of fluids.  The next landmark was a picturesque portion of coastline called Goring Gap which consists of hedgerows and dry grassland but has a hidden secret, a concealed World War II bunker tucked behind a dense patch of trees.  As our walkers continued their challenge, the dehydration and burning blisters began to take its toll.  Shoreham RNLI lifeboat station was a welcome sight as it marked a major milestone and meant they were only 7 miles from their final destination.  As the summer sun started to dip lower in the sky, the Shoreham Lighthouse became a symbol of inspiration to guide them on the final leg of their long journey.  And wearily but with determination, our plucky gang finally hit the finish line exhausted but happy.  They should be very proud of themselves and despite the aching limbs and bandaged feet, John says they are planning to do something similar next year for another charity.  Well done guys and thank you to everyone who supported them financially or emotionally for their trek along the entire promenade from Bognor to Brighton. 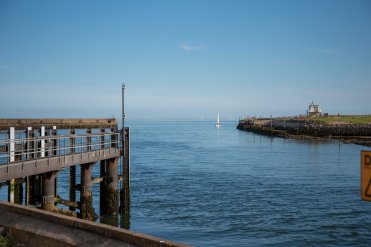 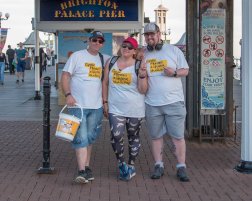 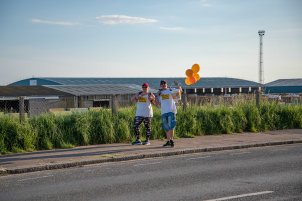 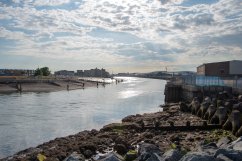 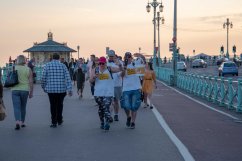 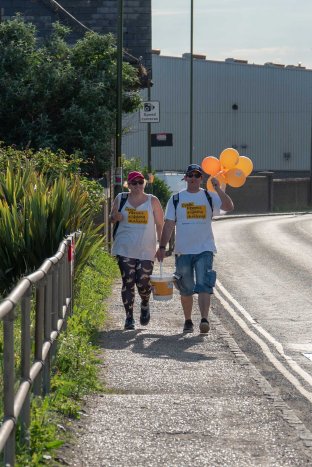 Despite the numerous horrors being witnessed across the world these days, there are plenty of awesome humans on this planet willing to put themselves through aches, cramps and blisters in the name of a good cause.  John’s son in law Scott along with a bunch of fresh eager souls are organising a sponsored walk along the shoreline from Bognor Regis to Brighton on 3rd June to raise money in support of people with cystic fibrosis.  People born with this debilitating condition have a build-up of sticky mucous in their lungs and digestive system which can lead to a whole bunch of problems including difficulty breathing, malnutrition, chest infections, diabetes and osteoporosis.  Although there is no cure, a range of treatments such as medications, staying active and airway clearance techniques can help control symptoms and reduce complications. 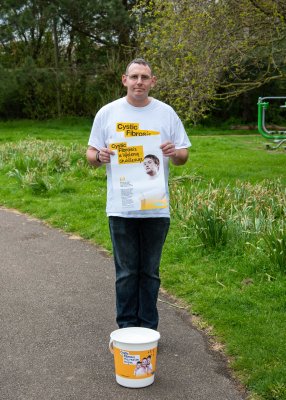 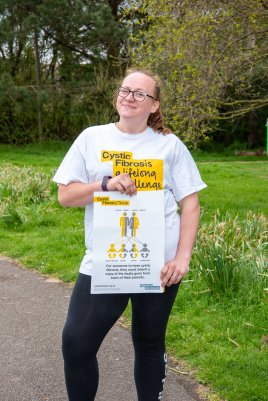 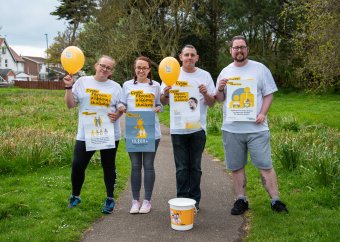 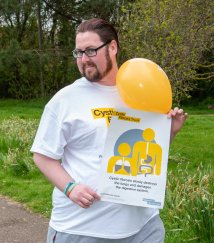 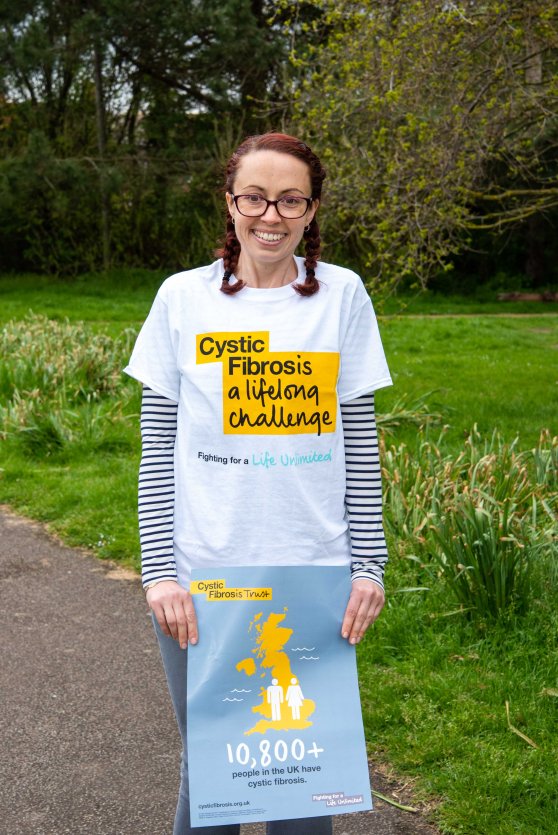 Scott and the rest of the gang have been practising walking to raise their fitness levels and eating healthily (most of the time anyway) in readiness for the big day.  Here they are playing around with balloons, banners and buckets all donated by the Cystic Fibrosis Trust.  The Trust supports those who live with cystic fibrosis, conducting research and campaigning to raise awareness and funds in order to improve outcomes for many people including some that are or have been close to several individuals in our gregarious group of fundraisers.  The walk is over 30 miles from pier to pier and there are plenty of cafes and benches along the way for the walkers to stop and refuel.  I would offer to accompany them but I don’t like getting sweaty so I’ll sponsor them a few quid and send them off with a smile!  I hope the weather stays good and everyone remembers their bottle of water and packet of plasters!

There was an error retrieving images from Instagram. An attempt will be remade in a few minutes.