When you go into the woods next time, walk deep into the thicket then stand perfectly still and you might hear the sound of a bird chirping its daily news to a friend in another tree or the snap of a twig trodden on by a deer as it munches through leaves and acorns.  John and I have often wandered through the local woodlands which form part of the South Downs in Sussex and heard the birds sing and the rustle of the wind blowing through the trees.  Standing in the woods many hundreds of years ago we would have heard the grunts and tail slaps of a family of beavers, the barking howls of a pack of wolves or the hissing and chattering of a Eurasian lynx cat.  Sadly due to the intensification of agriculture and human hunting activities many the UK’s indigenous wild mammal populations such as wolves, brown bears, lynx and beavers are now extinct.  This is why I get so excited about the wildlife that still exists in the woods today like the badgers, foxes, otters, rabbits, wood lice, harvest mice, wagtails, buzzards and tawny owls who rely on each other in complex ways and need our protection to survive. 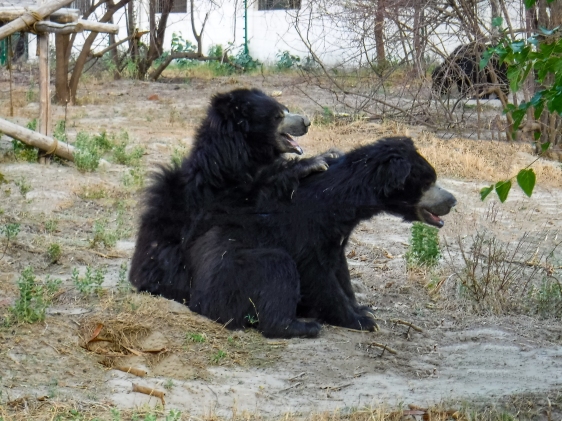 In India the forest surrounding the Agra Bear Rescue Facility managed by Wildlife SOS is alive with squawks, tweets, clicks, growls, wails, screeches and squeaks from the enormous variety of animals that live there.  Their bizarre noises reminded me of those made by tennis players during the Wimbledon finals!   The sloth bears that live at the centre have all been rescued from a nomadic tribe called the Kalandar people who traditionally used them as ‘dancing bears’ for hundreds of years.  This brutal practice involves poaching the cubs from the wild (usually killing the mother), piercing their soft sensitive muzzles with a hot poker and pushing a rope through it which is tugged in order to force them to jump up and down in pain for the entertainment of onlookers.  Hard to believe isn’t it?!

Life at the end of a rope was all these bears knew and many can be seen rocking, pacing and swaying, demonstrating stress behaviours seen in large mammals that have been taken captive and held in poor conditions.  The good news is that Wildlife SOS are doing an excellent job of providing veterinary care to heal their physical wounds and a stimulating natural environment to heal their emotional wounds, and they’ll never have to endure such cruelty again.  To help the bears, Wildlife SOS keepers have installed pools in every enclosure for splashing and general merriment and frames and trees for climbing.  There are also daily enrichment activities such as foraging for their favourite fruits in boxes or feeders and munching on a honey and ant bar.  Nice! 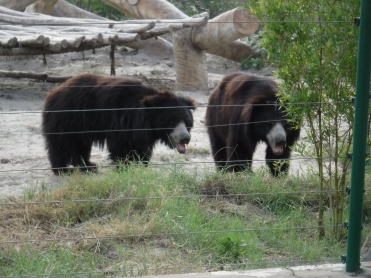 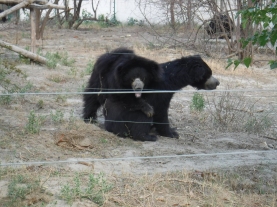 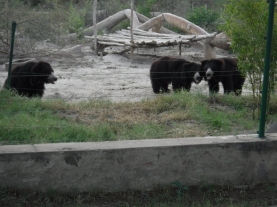 There is plenty of love to go around at Wildlife SOS and all orphaned, abandoned or injured animals are welcomed with open arms, just like the hyena that wandered innocently into a village looking for food and was attacked by the ignorant villagers or the baby deer who lost her mum in a forest fire.  The wild monkeys who live in the trees often steal leftover melons from the sloth bears that are too busy rolling around in the grass to notice, and a blind parakeet that obviously could not survive in the wild lives happily in the office and is taken outside daily for some fresh air.  Wildlife SOS is a sanctuary for many beautiful lives that would otherwise have been lost and their dedication to the environment goes some way towards undoing the damage done by humans who exploit and persecute animals in the name of entertainment, religion or profit.  You can help too by never paying to watch, ride or pet wild animals used in the tourist industry because if you saw the terrible events that occur behind the scenes you would be shocked to the core. 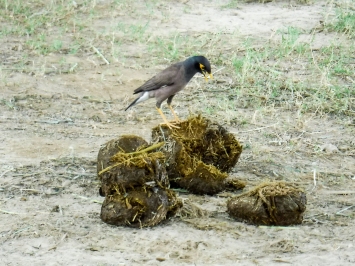 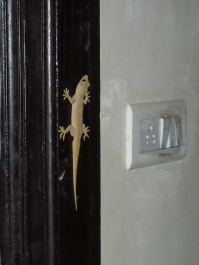 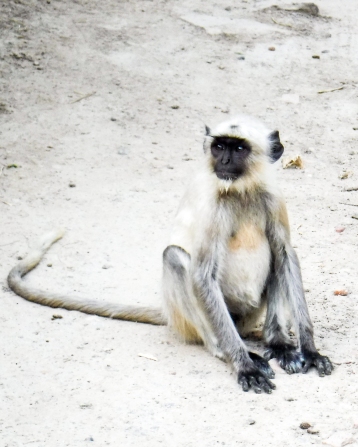 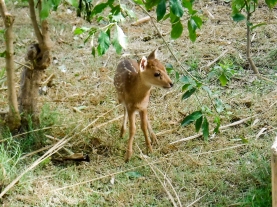 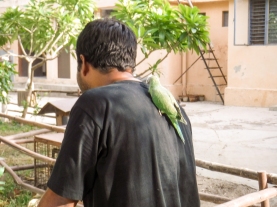