As I dipped a cheeky toe into the warm chlorine-drenched water, I heard the squeak of rubber soles against the hard stone floor and the slurp of the water rocking gently back and forth against the sides of the pool as the competitors, coaches and judges made their way in for the British Diving Championships at the Plymouth Life Centre on 21st February 2015.  This is one of the top diving competitions in the country and was attended by a range of athletes including one of Britain’s favourite divers Tom Daley.  As you can imagine it was very warm and humid at the poolside and poor John was so hot he was glowing.  People kept coming to check on him, offering cold water and a dry towel, as well as taking a few pictures for a giggle.  My paws got a bit sweaty but I was given some ice cubes to play with and soon forgot about the heat.  It’s harder for John as he has all the photography equipment to carry, as well as a few extra cuddly bits around the middle! 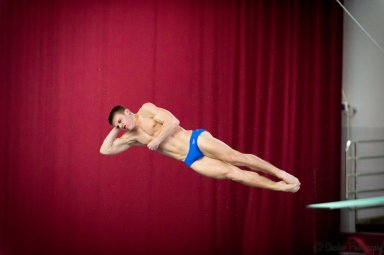 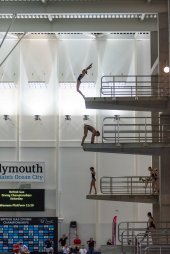 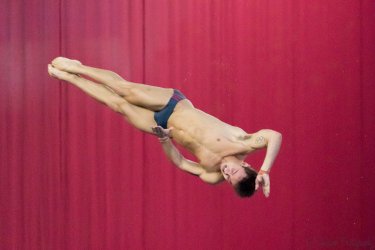 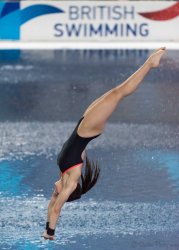 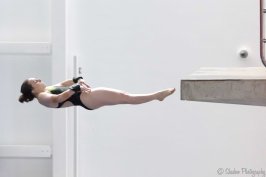 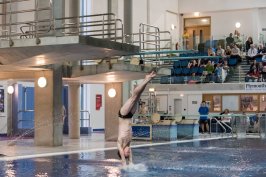 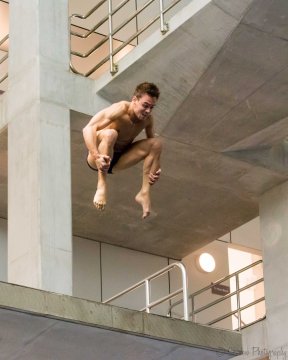 As the contest got going, it became clear that the competitors were highly skilled and focussed on every tiny movement of their bodies, from hand position to the direction of their heads and flexion in the knees.  I thought a dive began the moment the water was touched, but it begins from the moment the athlete leaps into the air to the time they spring elegantly back out of the water.  The dives were performed from the poolside, a 1 metre springboard and a 3 metre springboard and each arrangement was carefully thought out and practiced to perfection.  The divers were judged on competencies such as the execution of the dive and rip-entry.  The diver’s goal is to enter the water with as little splash as possible (known as the ‘rip’), so ideally their stance should demonstrate a near-vertical body position and pointed toes.  They are expected to have strong abilities in all of the diving groups which include forward, backward, inward and twist dives, as well as arm-stands, reverse dives and the pike position (knees straight and body bent at the waist). 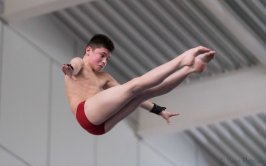 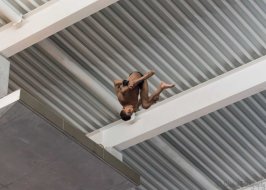 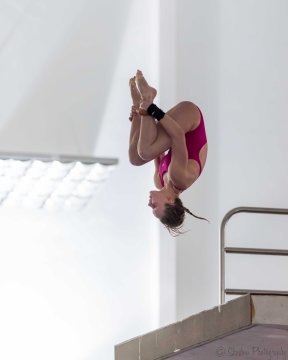 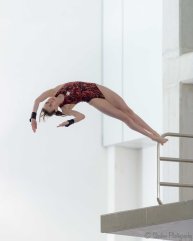 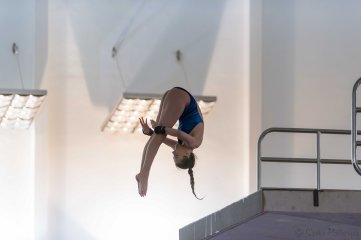 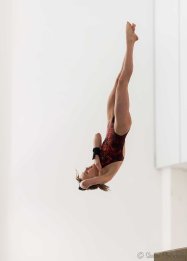 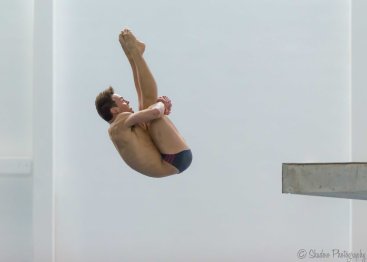 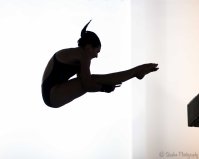 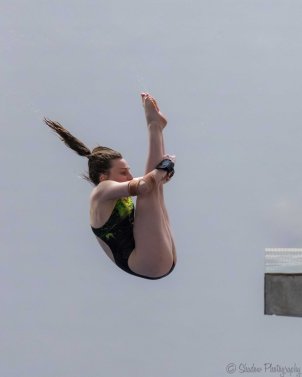 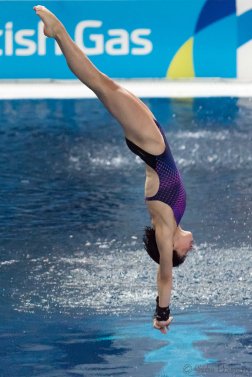 Another graceful event was the synchronised diving (known as synchro) which involved two competitors leaping off the springboard, contorting into various postures in unison before sliding smoothly into the water.  Each team was expected to dive in complete synchronisation, forming identical contours and landing in the water at the same time, which no doubt requires a considerable amount of muscle tone as well as precision timing.  I was so impressed by the beautiful shapes that I got carried away in the moment and decided to try a few postures myself from the side of the pool.  I started with one paw straight and one bent (the ‘standing flamingo’) before launching into an ill-judged ‘forward polar bear’ where I miscalculated my double-lunge and almost nose-dived into the water!   Perhaps synchro is not where my talents lie.  I think I’ll stick to photography, chasing feathers and taking naps! 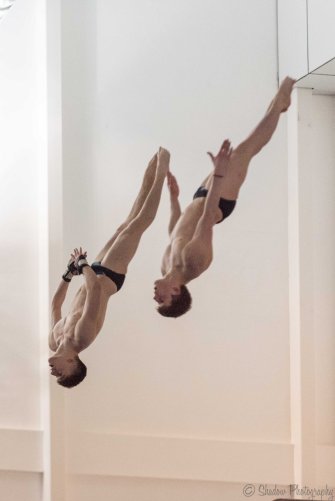 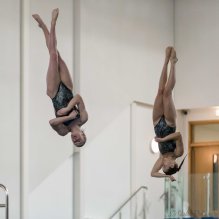 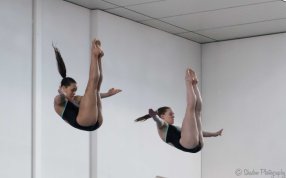 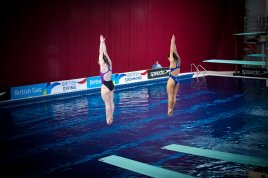