New Year’s celebrations often include watching fireworks or singing songs and enjoying meals that invite good luck for the coming year.  In some parts of the world, traditional New Year’s dishes feature vegetables that resemble coins to bring future financial success such as lentils in Italy or black-eyed peas in the southern United States or grapes in Spain.   Yes I know they’re a fruit not a vegetable!  Ring-shaped cakes are popular in some areas of Europe as a sign that the year has come full circle and it is traditional in Sweden and Norway to serve rice pudding with an almond hidden inside.  It is said that whoever finds the nut can expect 12 months of good fortune (which they will need to pay for the dentist bills)!  My John knows all about dentist bills because he had to spend a few hundred quid last year on me at the vets.  I had a bad case of gum disease but I’m fine now and although I’m missing a few teeth, I could easily get my mouth around a bowl of rice pudding (preferably without the nut)!  That won’t happen though because us cats are not supposed to have dairy; it tastes yummy but our digestive systems are not designed to handle it.

This weekend John went over to see a friend of his and took me with him so I could hang out with some of my mates.  It was a clear crisp sunny morning and while the humans were indoors chatting over coffee, my buddies and I sat in the garden discussing our New Year’s resolutions.  My friend Muffin is a 5 year old black girl who I’ve known since she was knee-high to grass-hopper and her resolution for 2015 is to continue her birdwatching hobby.  She has her own set of binoculars and a bird book and is getting so knowledgeable about British garden birds that she would probably do well on Mastermind.  The only problem is that Magnus Magnusson probably wouldn’t understand her answers! 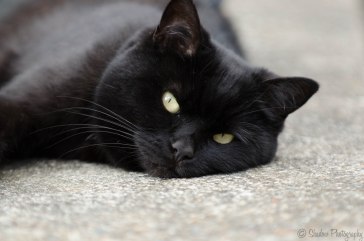 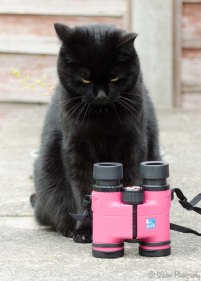 The practice of making resolutions is said to have originated from the ancient Babylonians who made promises to their gods in order to earn favour such as vowing to pay off debts or return borrowed farm equipment.  So my good pal Ginger promised to return my Cats and Dogs in 3D on Blu-Ray that he borrowed from me last Christmas.  Ginger’s brother Basil (the chunky black and white 4 year old in the picture) assured his owner that he would keep the neighbours happy but curtailing his naughty behaviour.  Basil is often given to bouts of mischief including skidding down the neighbour’s conservatory, stalking the pigeons and chasing butterflies off the fence. 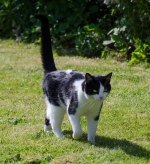 Tiffin (Muffin’s sister) is another black cat with sleek shiny fur like mine and she is calm and reserved.  Her New Year’s resolution is to lose some weight because she (also like me) is a bit on the cuddly side and needs to improve her waistline.  Unlike the slender and agile Zoukia (the black and white 2 year old with 3 paws) who resolved this year to beat his high-jump record which currently stands at 31 inches from the ground.  Here he is getting some practice on the grass today while his owner flicked a feather toy around.

My New Year’s resolution is to build the business and develop Shadow Photography’s portfolio by doing more wedding shoots and bagging the best wildlife shot I’ve ever done.  The business is very important to John and me because we love the art of photography and enjoy expressing ourselves through this medium.  That’s why I write this blog and share my photos with you and that’s why John dedicates a huge amount of his time trekking around in search of opportunities to capture events and subjects of interest.  John and I thank you for your continued support and best wishes to everyone for 2015. 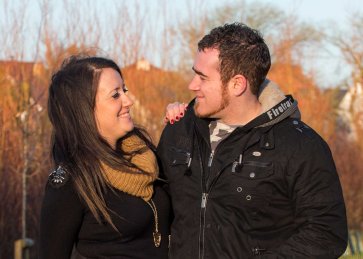 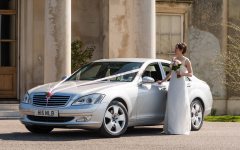