Bonfire Night is an annual event to commemorate the actions of Guy Fawkes on 5thNovember 1605. Its history begins on that date when a group of young men planned to blow up the Houses of Parliament to kill the King James I and Members of Parliament who were making life difficult for Catholics. The conspirators stashed 36 barrels of explosives in a cellar under the House of Lords but the plot was foiled. Guy Fawkes was in the cellar when the authorities arrested them and he and his accomplices were rather unpleasantly executed.

Celebrating the fact that the king had survived the attempt on his life, people lit bonfires around London, and soon the observance of the failed Gunpowder Plot of 1605 became legally enforced across the country. It was compulsory to celebrate the thwarted plot until 1859 and throughout Britian today people commemorate the capture of Guy Fawkes with bonfires and fireworks and by burning an effigy of Guy.

It seems like a bizarre tradition to me, but it is perplexingly popular, despite being expensive and arguably commercially driven.  Calls to firefighting services often triple on Bonfire Night and one study showed an increase in the concentration of toxic chemicals (in particular dioxin and furan, in case you’re wondering) in the air after Bonfire Night celebrations. It is important to remember that fireworks are enjoyed by some people but can be a source of anxiety for others and for animals too. Most animals fear the unusual sounds and would prefer to be indoors where the booming is muffled and they can hide somewhere like under some bedding or behind the sofa. Cats and dogs and small mammals should be kept in a safe and secure environment because the racket of fireworks can spook them and make them run off. It’s also best to ignore an animal that’s fretting (unless of course they’re hurting themselves) because their fearful state can cause them to react unexpectedly.  Some thoughtful humans have put law in place to protect us animals and it is illegal for anyone under 18 to possess a firework in a public place or to cause any unnecessary suffering to a captive or domestic animal.

John attended the local scout group’s fireworks display recently which had been postponed from the week before due to inclement weather conditions. They put on a good show, safely and responsibly, and the families in attendance appeared to enjoy the hullabaloo of the pops and whistles and the dramatic effects of the crackling comets and glittering stars.  John said the children were waving their sparklers and everyone was gazing in awe at the dazzling shapes and showers of endless colour variations. Unlike many of my feline friends, I’m strangely curious about the banging noise of fireworks and I like to follow the trajectory of the brightly coloured lights.  But John took these pretty pictures while I stayed at home, sitting on the window-sill watching the vivid hues of colour fizz and sizzle across the night sky. 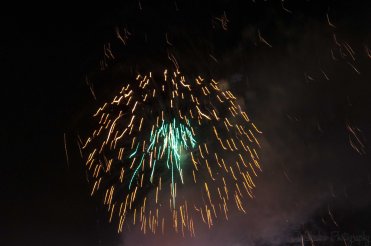 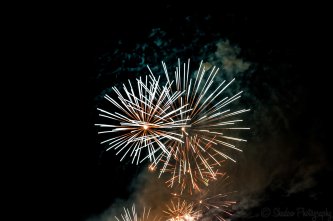 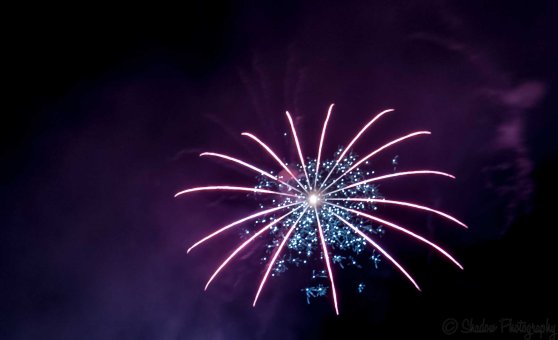 2 thoughts on “Shad does the local village scout fireworks”