Regular readers may remember that John and I had a great time in Eastbourne a couple of years ago at the air show.  (You can click on the link just below if you want a reminder).

This year’s air show was extra special because it marked the last appearance of the Vulcan in Eastbourne before its retirement.  During 2015, the awesome VulcanXH558 will be completing its Farewell to Flight season before leaving the skies to become the centrepiece of a new education initiative designed to encourage the development of aviation skills in Britain.  John wanted to witness the last airworthy Vulcan bomber showing off at Eastbourne so he hopped on a train while I stayed home to practice my keyboard skills.  My scales are coming along nicely but it’s difficult to remember the notes in the bass clef.  I’m still working on my technique which involves running up and down the keys (leaving my back paws to play the bass while my front paws tackle the treble), or sometimes sitting in front of the keys in a more traditional position (which requires less energy but tends to restrict the range of notes I can play). 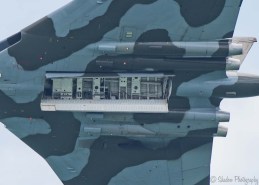 Anyway, the time flew by (excuse the pun) and John returned home just as I was stretching after my late afternoon nap.  He said that Eastbourne was heaving with thousands of people and the trains were apparently a ‘nightmare’.  Nevertheless, he took some great pictures of the aircraft on display like the super manoeuvrable Chinook chopper and the amazing Red Arrows.  He told me the series of flypasts performed by the Vulcan to mark its final year of flight were breath-taking.  Apparently the turbojet Rolls Royce engines howled as the Vulcan’s nose soared through the air almost vertical during take-off before the beautiful delta style wings levelled off and the plane roared across the sky.  It looked almost flat as it disappeared across the sky line which may have helped it evade capture during its operational missions. 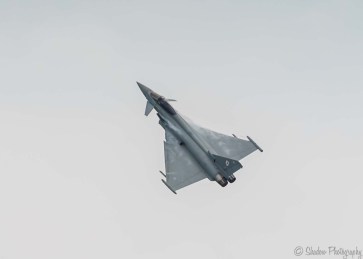 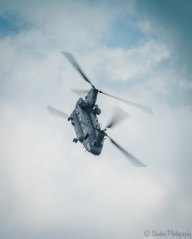 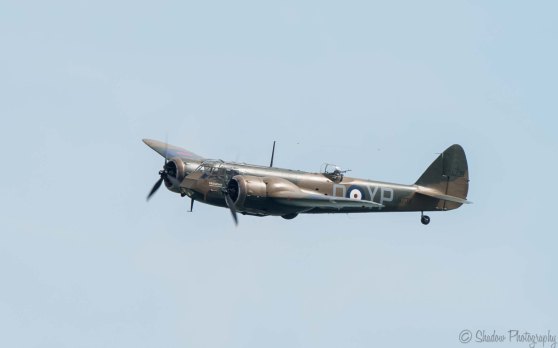 Soon dark clouds moved across the sky and rain started to splash against the windows, while John began editing his photos and I enjoyed a high-protein dinner and an extra good licking.  You don’t get a shiny fur coat like this without committing to a thorough cleansing regime!  As I shut my eyes, I dreamt my coat had a camouflage pattern and I was flying through the atmosphere, diving towards the ground with a huge grin on my face and rising up above the clouds which became butterflies fluttering around me.  My paw twitched in excitement as I experienced what it must be like as a bird flying free when I felt John’s gentle hand on my side which made me purr instantly and drift off into the most peaceful after dinner snooze. 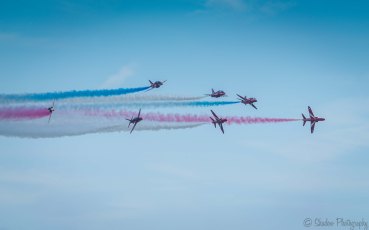 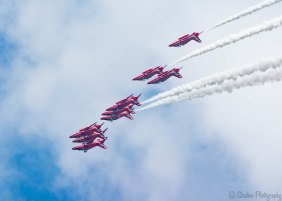 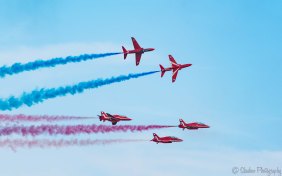 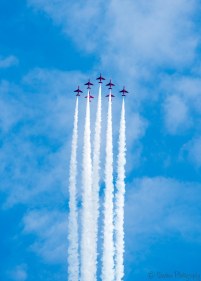 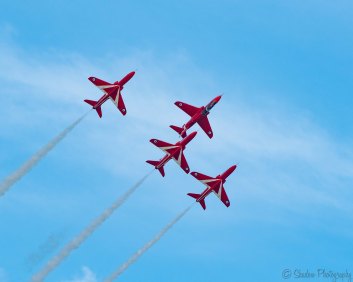