Everyone in the world has the potential to be a little quirky.  Goodness knows John has his peculiar ways and he would no doubt describe my quizzical expressions and episodes of gambolling about the living room like a frisky spring lamb as somewhat perplexing.  But the guys and gals at the Steampunk event John and I attended the other week elevated quirky to a whole new level.  We travelled beyond unconventional into the Victorian era and entered a realm of surprising and enigmatic characters who could have just stepped off the set of Doctor Who or the 1954 movie 20,000 Leagues under the Sea.  The Subaquatic Steampunk Weekend at the Royal Navy Submarine Museum in Gosport was my first experience of the eccentric world of Victorian science fiction but hopefully not my last. 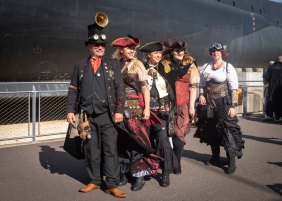 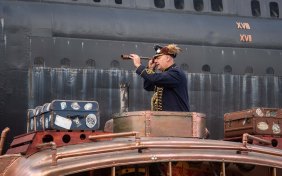 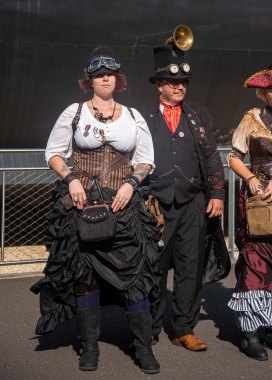 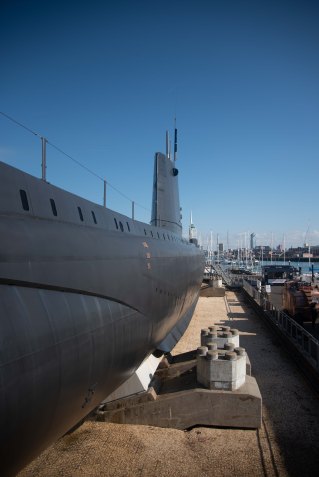 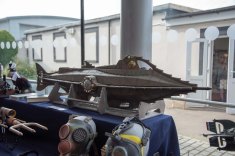 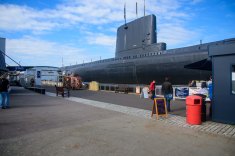 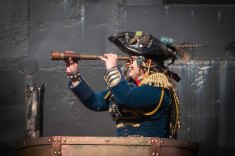 I was like a child in a sweetshop all wide-eyed and with a gormless grin on my face.  Not the usual unflappable and sophisticated style I normally portray.  But there was a lady there who looked like an emerald green dragon with bright orange hair and a boy who looked like a cyborg from the 1950’s in a tarnished metal face mask embellished with cog wheels and rusted springs.  I couldn’t help but be mesmerised by the gadgets and gizmos, boutique fashion shows and dynamic performances of the singers and musicians that entertained us.  Ichabod Steam and his Animatronic Band were especially fascinating and became the source of a lengthy quizzical expression on my face while I tried to work out if he was a pirate, one of the Three Musketeers or the Mad Hatter from Alice in Wonderland.  Eventually I realised that it didn’t matter if he was a romantic goth or a post-apocalyptic soldier.  The occasion was full of fun and the people warm and welcoming – a fitting tribute to the Victorian era, the American Wild West and the innovation of the mechanical and digital world all rolled into one.  Nowhere else would you see parasols and ray guns paired up with bowler hats and corsets.  I might ask Father Christmas for a pair of aviator goggles this year! 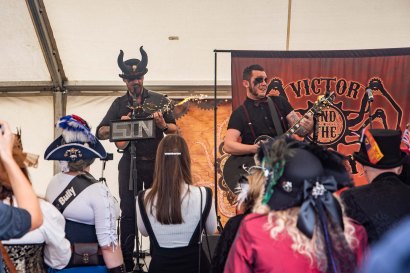 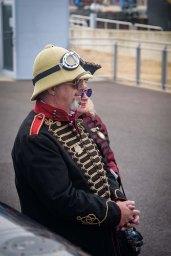 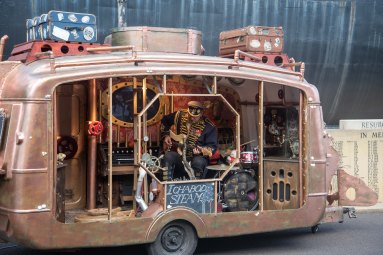 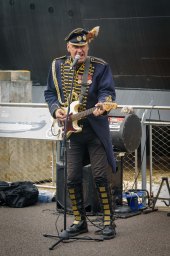 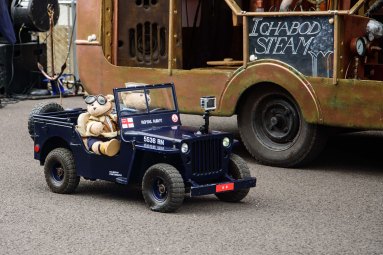 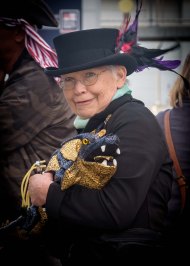 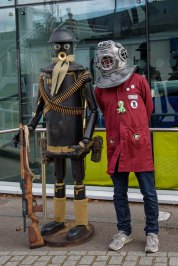