For the final instalment of my New York adventure I’d like to share my experience of the Metropolitan Museum of Art.  Now you might think I’m a cultured cat given that I portray myself as refined and sophisticated but I’m self-taught so my knowledge of the visual arts is limited.  I’m familiar with a few famous painters like Renoir and Picasso, I’ve heard of Michelangelo and I’ve admired a poster of Le Chat Noir from 19th century Paris once in a coffee shop; but I’ve spent more time in the countryside than I have in art galleries.  I felt like a child in a sweet shop as I wandered through the imposing façade of this Gothic-revival style building and stood in the entrance hall surrounded by numerous corridors leading to halls filled with sculptures, jewellery, pottery, ornaments, textiles, costumes, musical instruments and paintings spanning 5000 years and representing cultures from all over the world. 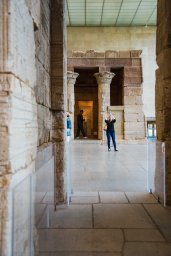 I was dawdling because there was so much to see and John had to keep chivvying me on but you know how curious cats can be and I wanted to investigate every passageway.  The paintings area was split into multiple rooms dedicated to a particular artist each with a concrete bench in the centre of each room.  When I hopped on to a bench I noticed that many of the tourists were looking at me and taking pictures as though they’d never seen a cultured cat at an art gallery before.  I’m sure John thought I was spending time mesmerised by serenity of Claude Monet’s Waterlily Pond or captivated by the work of Gustave Courbet and his portrayals of people and scenes from the 1800s but really I was posing for the cameras!  Anyway, the sight of Van Gogh’s abstract portraits and still-life pictures had given me a wibbly-wobbly feeling that I didn’t enjoy so it was time to explore the Halls of Arms and Armour which displayed weapons and protective military clothing from the Roman Empire, Ancient Greece, Dynastic Egypt and the Americas.  My fur prickled as my eyes caught the stare of a dark shadow behind an enclosed metal helmet that formed part of a suit of armour worn by Henry VIII of England.  I don’t know how people moved let alone fought for their lives wearing heavy layers of chainmail and steel plates from head to toe.  There are more comfortable ways of looking stately and formidable I’m sure.

The Egyptian pharaohs had the right idea with their hand-woven linen robes embroidered with bold patterns and head-dresses adorned with feathers and jewels.  The pharaohs such as King Narmer or Queen Nefertiti were the most powerful person in their kingdom, head of government and high priest or priestess often worshipped in a temple such as the Temple of Dendur.  The Temple of Dendur was built during the reign of Augustus who ruled Egypt from 30BC to 14AD and was situated on the West bank of the River Nile in Ancient Nubia before it was dismantled and transported piece by piece to the United States at a cost of around 9.5 million dollars before finally being installed at the Met in 1978.  The temple is dedicated to the goddess Isis and the gods Harpocrates and Osiris and is engraved with hieroglyphs, images of the sun, the outspread wings of Horus the sky god and scenes of kings holding sceptres and the ankh.  Head held high, I strode regally between two enormous columns decorated with carvings of papyrus and lotus plants into a large chamber surrounded by a reflecting pool.  I caught a glimpse of my reflection in the still silvery water and looked up to see a vision of myself wearing a golden crown and a brightly beaded girdle waving majestically to my adoring crowd.  I would call on them to devote themselves to the miracle of nature, to the earth and all its complex forms of plant and animal life, and to support the development of wildlife sanctuaries across the lands.  Cats from every species would be free to meander through the lands and crowds would stop to gaze in awe at their furry beauty.  All cats would become a symbol of grace and poise and Shad the Cat’s silhouette would be deified in inscriptions on the sandstone walls.  What a wonderful world this would be! 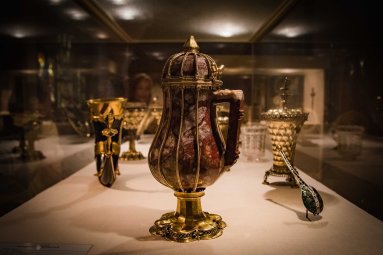 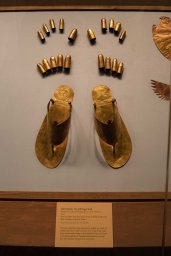 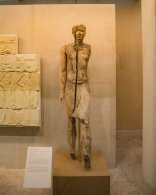