If they made wellies for cats, I would have worn them.  Unfortunately a soft knitted sock from your auntie might be a kind thought but is not going to keep your paws warm on the cold hard ground of an Austrian winter wonderland!  As you can see from the photos, the vista was like a scene from a Christmas card, with piles of snow balancing on the top of fences, bending the branches of thick evergreens and glistening in the distance.  This was the sight that greeted John and I as we headed out from the hotel in Kitzbuhel to watch the snow polo world cup.  Who knew there was a snow polo world cup?! 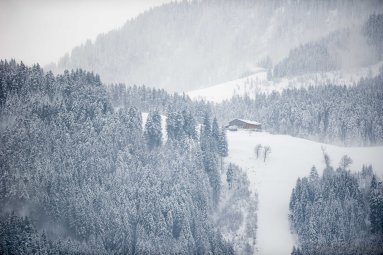 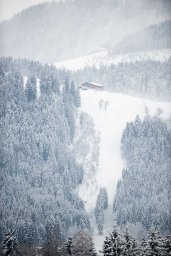 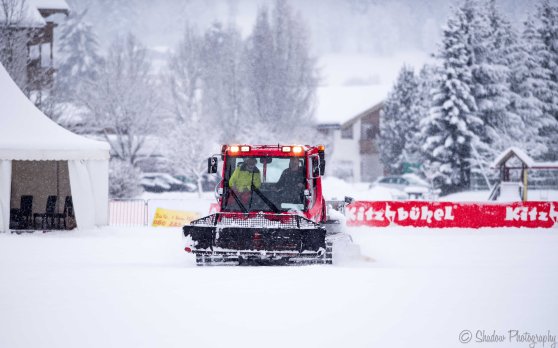 John wanted to take me with him on his trip to Austria for a winter weekend break while he flexed his photography muscles at the 2016 snow polo championships and I enjoyed a rest from the photography business.  Ok let’s be realistic, it’s hard enough to operate the focus mode switch on my equipment with my thumb and dewclaw, but I cannot seriously be expected to do it in 2°c with 5 cm of snow on the ground.  So we both decided it would be sensible for me to stay on my blanket in the car while John stood at the edge of the pitch to capture the action. 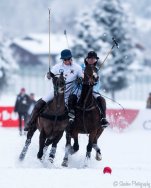 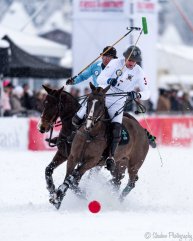 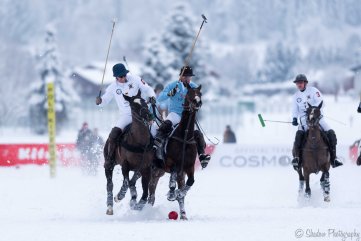 The objective of polo is to score points against the opposing team by driving a ball into the opponents’ goal using a long-handled mallet.  It sounds simple but there are a multitude of complex rules to follow such as tapping the ball on the correct side in the correct way or ensuring that the player in the line of the ball or at the smallest angle to the ball has the right of way.  You would have thought that the horses end up crashing into each other or someone gets walloped in the eye with that big stick, but the rules are designed to promote the safety of the ponies and their riders and it seemed to work. 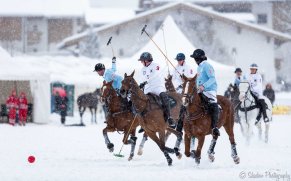 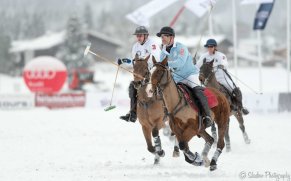 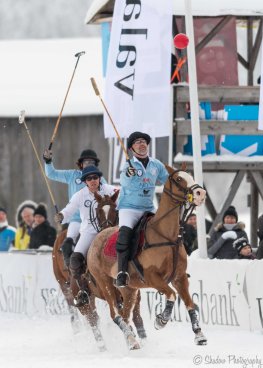 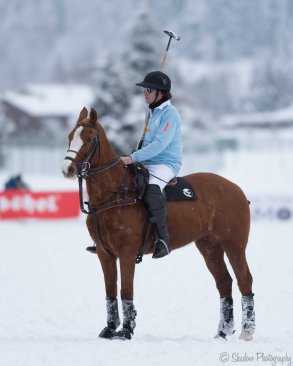 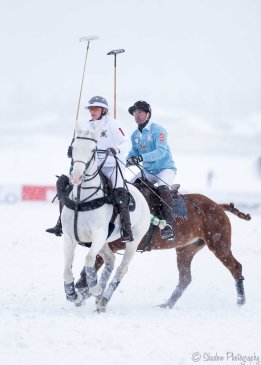 There were 3 players per team and it was all quite civilised as the players pushed the surprisingly large ball around the surprisingly small pitch.  I suppose the pitch can’t be too big or they’d be worn out very quickly and the ball needs to be reasonably sized (it was about the size of a cantaloupe melon) and brightly coloured red so it can be seen.  The ball is very light so the players need to strike it carefully so keep it on the ground.  The horses have special shoes so they don’t slip and there are about 5 horses per player, so one horse plays for a few minutes before being taken to a warm dry box while the next horse makes an appearance.  I was impressed at the agility of the horses as they were able to leap forward, stop and turn in an instant, and they seemed to anticipate where the ball was going and how the rider needed to play.  John got some great shots and my favourites show the glistening snow being scattered into the air under the hooves of the horses.  I’m amazed that John managed to operate the focus mode switch on his equipment considering the number of layers he had on!  But he’s not the type to let thermal gloves, a cotton layer, a fleece layer, a waterproof layer and an insulated beanie get in the way of a good photo opportunity! 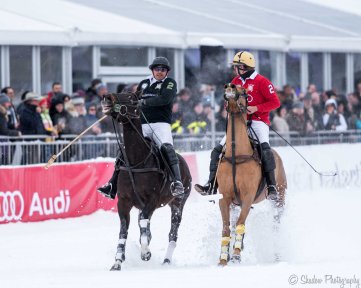 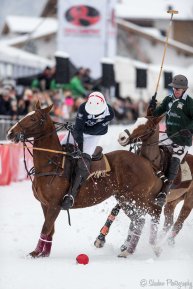 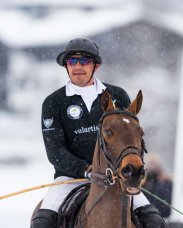 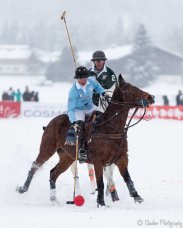 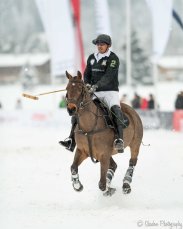