Here are some rather stylish images (though I say so myself!) John and I captured when we took another jaunt to the Felbridge Showground.  This horsebox is for sale and is 3½ tonne as opposed to the 7½ tonne vehicle I told you about a few months ago.  John’s friend took the horsebox in to the jumping ring and we were lucky enough to find a nice rider willing to pose for us in one of the photos.  Horse and rider appeared so dignified that I couldn’t resist a closer look, so I hopped up on to a fence where I was level with the horse’s face. 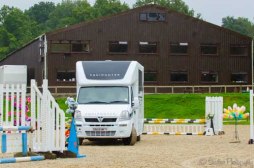 Soon all dignity had gone out the window as we were nuzzling and shnozzling unashamedly.  I’m not normally given to swooning, but I am a cat after all, and when I find something I like, I have to rub myself against it!!  He had a lovely big nose with soft lips and short thick whiskers, and every time he huffed and whinnied, hot air blew out of his large round nostrils.  I like horses, they’re loyal and work hard, and I’ve seen some horses happily let a cat have a snooze on their back too. 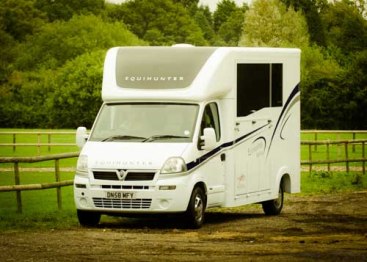 It was raining on the day so I spent most of the time lounging around inside the horsebox, enjoying a nap on the cream leather seats of the cabin, checking out my reflection in the mirror and watching John contort himself into all sorts of weird and wonderful positions to get some good shots.  He had wet knees and frizzy hair by the time we left.  On the way home, he made a remark about my apparent lack of exertion during the day, but I explained that I was conducting research in the vehicle, serious corporate quality assurance work, all part of the business.  He rolled his eyeballs and smiled while I shut my eyes for a late afternoon siesta.  It’s a cats life! 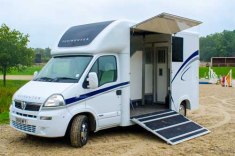 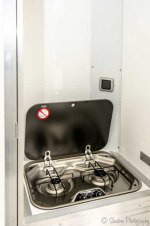 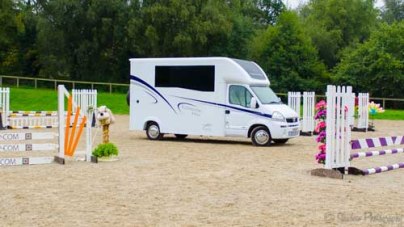