John and I decided to inject a little class into our lives with a trip to St Pauls Church in West Sussex to listen to the Chichester Symphony Orchestra play classical melodies from the likes of Bizet’s opera Carmen and the works of Russian-born composer Tchaikovsky.  Did you know that Tchaikovsky’s first known composition was a song written at the age of four.  Four!  Now that’s talent.  So the orchestra are highly regarded amateurs who only perform 3 concerts a year in Chichester and John and I were given special dispensation to attend in order to capture the scene.  In other words, it was a freebie, and with a tasty salmon snack at the interval and a soft blanket under the orange hue of a stained-glass window I was one satisfied feline! 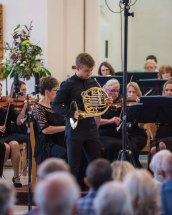 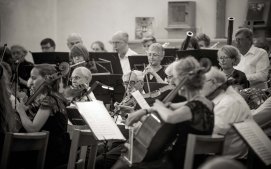 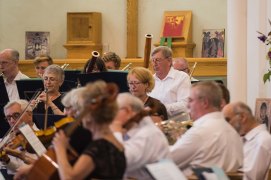 At home my ears are often subjected to cheesy sounds from the seventies such as Metallica, Meatloaf, Deep Purple and Dire Straits or endless renditions of Starship’s ‘We Built This City’, Journey’s ‘Don’t Stop Believing’ and Huey Lewis and the News ‘Stuck with You’.  This usually results in me curling up under the wardrobe with my paws in my ears or shutting myself in the biscuit cupboard in an attempt to dull the noise.  However John sometimes plays one particular CD that is guaranteed to entice me out of my hidey hole – the soothing tones of Josh Groban singing ‘Coffee on the Table’ or ‘Le Temps des Cathedrales’.  The rich melodic tones and instrumental brilliance of the Chichester Symphony Orchestra playing with the acoustics of a large 19th century church can now also go on my list of favourites.  It was an emotional roller-coaster of gloomy echoes followed by galloping tunes interspersed with thumps from the drums and blasts from the French horn that really made me jump!  I felt that the music conveyed the joys and sorrows of life with appeal and integrity.  In the end the talented performers led the music into a turbo-charged climax that left me shattered and flabbergasted at how so many instruments, a harp, a giant gong, flutes, violins, cellos, bassoons, a tuba and piccolo, can all be played at the same time in such harmony. 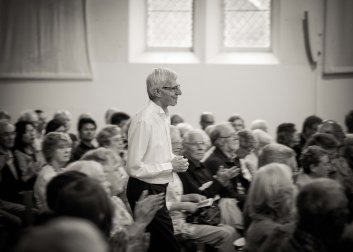 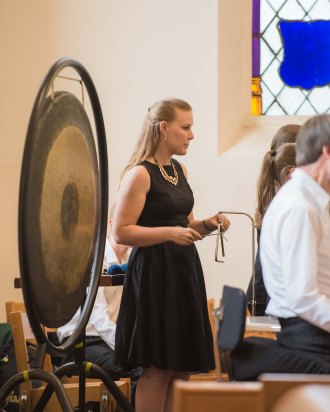