Well folks, Shad’s back, and there’ll be no more baby talk!  Instead I’d like to tell you about the time I took a trip down the River with John.  Initially I was apprehensive about the idea given that boats don’t have brakes and I had visions of drifting down the Thames out of control, crashing into the lions that line the embankment (I’ll tell you about those in a minute) and coming a cropper across the Thames Barrier.  A daring helicopter rescue would ensue and the newspapers would be hot on our trail, no doubt ending with embarrassing pictures of me in a life jacket clinging to the captain’s trouser leg.  John assured me that this scenario was very unlikely as the crew were experienced at parking boats by using reverse thrust from the engines and drag from the water before securing the boat with ropes to the pier. 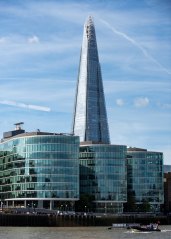 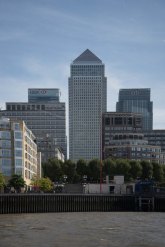 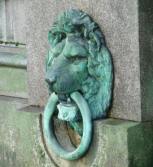 So let me tell you about the lions along the embankment.  Wouldn’t it be amazing if there were actual lions from Africa patrolling the banks of the River Thames, stopping bad guys from committing crimes and roaring whenever a boat passed by, may be wearing capes to indicate their super hero status!  Sadly they are not that kind of lion, although I don’t suppose real lions from Africa would be that keen on hanging around the streets of London!  No these lions hold mooring rings in their mouths and keep watch along the river as a flood warning system from a time before the Thames Barrier was built. It was said that if the water hit the lions’ mouths, the underground should be evacuated.  The captain of the boat told us a few fun rhymes that local people say including, “If the lions will drink, London will sink”.  “When it’s up to their manes, we’ll go down the drains”.  “If the lions are ducked, London is … out of luck”. 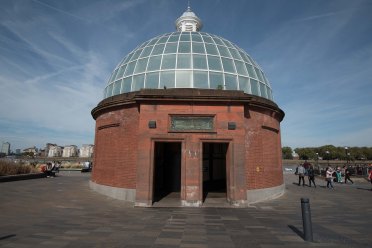 If you’re wondering about the pirate ship in the photographs, it’s the Cutty Sark – a 19th century sailing vessel called a ‘clipper’ ship with wooden hull planks and an iron framework used to carry tea from China and wool from Australia before steam powered boats became the new master of the seas.  There are many bridges over the River Thames and the unique construction of each one of them tells a story.  We passed under Blackfriars Bridge, the Millennium Bridge, Tower Bridge, Charing Cross Railway Bridge and Waterloo Bridge which was constructed by women while the nation’s men were sent to fight in the Second World War.  Go girls!  Another monument of interest on our river boat cruise is Cleopatra’s Needle, a 3,500 year old obelisk made in Egypt and shipped to Britain in 1878 to commemorate the victory over Napoleon, at the peril of many of the sailors who navigated the treacherous seas in a cigar-shaped container ship to convey this treasure to England’s shores.  The things some people will do to show off! 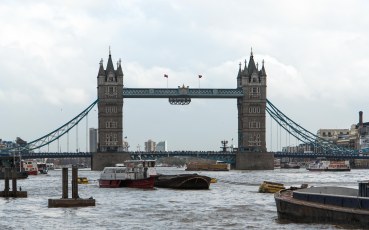 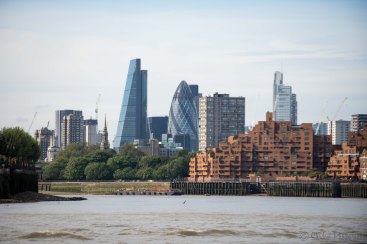 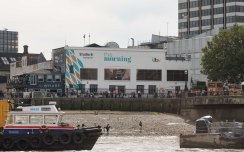 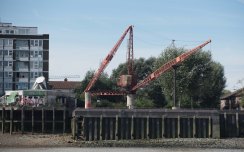