This game between the Saracens and the Harlequins at Wembley Stadium was what humans call a ‘grudge match’ following a previous defeat of the Harlequins at the hands of the Saracens.  With record attendance for a club rugby match (in the region of 84,068 people) and enough testosterone-fuelled bulging biceps to give Arnold Schwarzenegger a run for his money, it was an occasion that John attended without me.  The baying crowds and mischievous language would have been too much for a respectable chap like me, plus John doesn’t like taking me to crowded places in case I get lost or squashed. 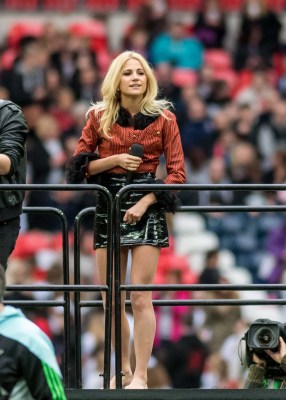 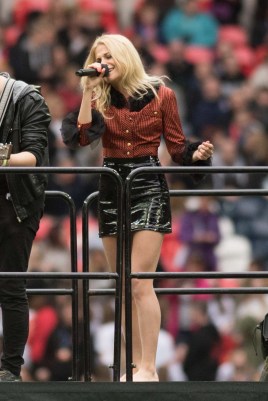 John was so animated about the experience when he got home that I felt as though I had been there and you would have thought it was the biggest event in the history of competitive sports.  I suppose for me as a laid-back feline whose interest in physical exertion is reserved for chasing mice and running between John’s feet to beat him to the kitchen, such fierce opposition around who can catch a ball and chuck it on the floor is confusing.  But I guess its serious stuff when you’ve trained for years and been involved in contests so the rivalry between each team simmered close to the surface. 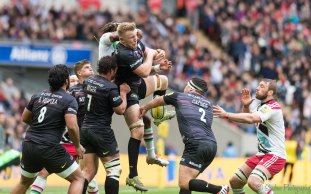 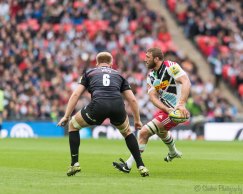 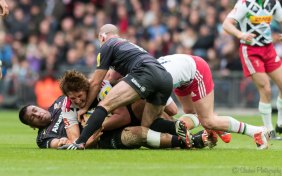 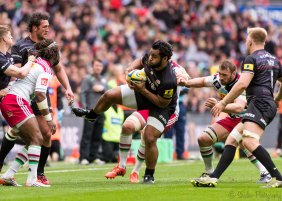 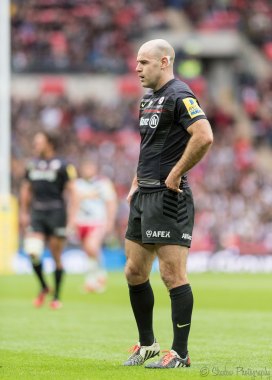 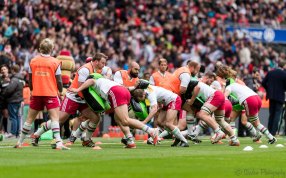 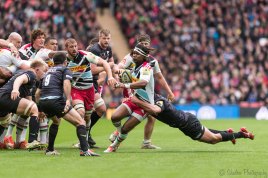 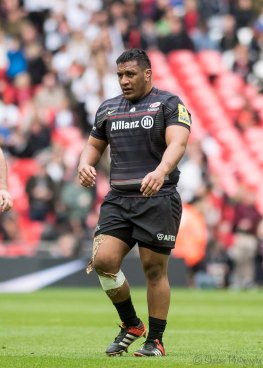 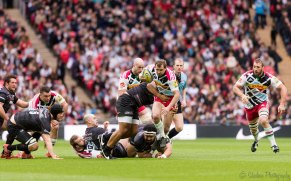 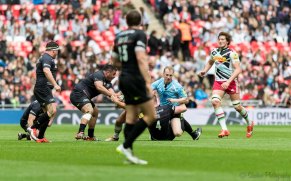 As the players warmed up, the crowd was treated to some music by a young pop-star called Pixie Lott who by all accounts had a very nice voice but had neglected to put on a pair of shoes.  Pixie’s chilly feet were soon forgotten once the match got underway and the spirited players started charging, grunting and head-butting their way towards victory.  There were several stops throughout the game for mopping up blood from various injuries including the occasional stray fist and the unfortunate referee was accidently floored by a Saracen player after being in the wrong place at the wrong time.  In case you’re wondering, the score was 42 to 14 to the Saracens and the poor old Harlequins went home with their tales between their legs (metaphorically speaking). 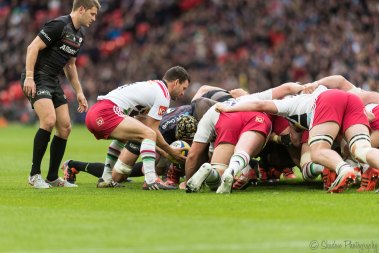 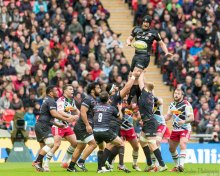 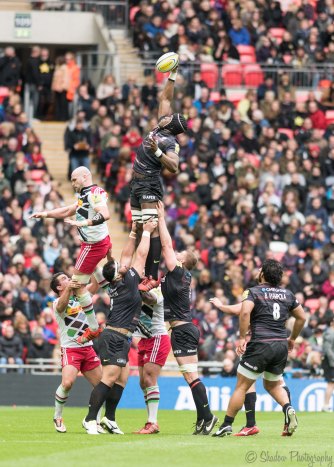 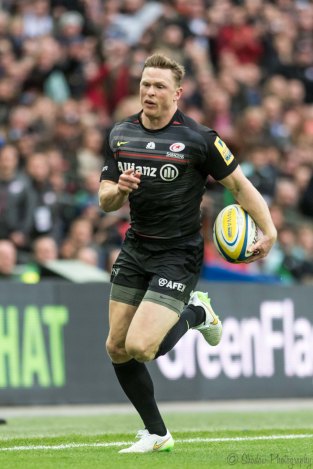 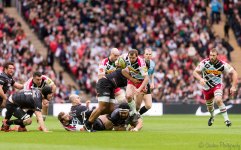 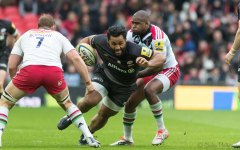 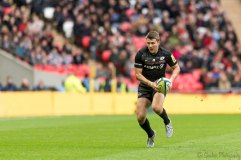 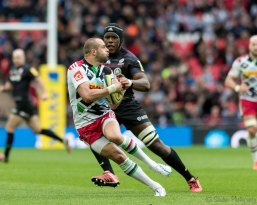 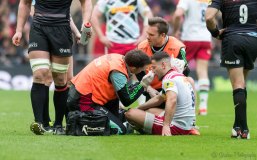 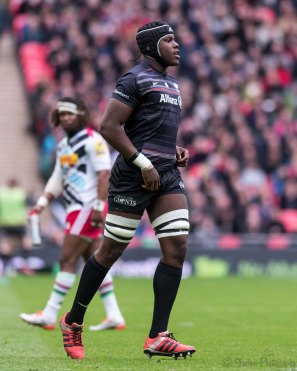