Do you know how much a field gun weighs?  It’s around 1250 lbs, which works out to about 567kg or more than 100 Shad the Cats.  For those of you who are wondering, a field gun is a moveable piece of artillery that fires a heavy shell from a long barrel and is often used in the field to support front-line troops.  Once a year, the Royal Navy Field Gun Competition is held at HMS Collingwood’s open day in Fareham near Portsmouth (Hampshire) and John took me to see this spectacular event.  He carried me through the car park and people kept stopping to stroke me.  I tried to oblige with some head-dips, chin-lifts and friendly meows but when we heard the rhythmic sound of a military band suggesting the action was about to start, we had to press on. 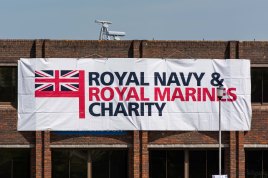 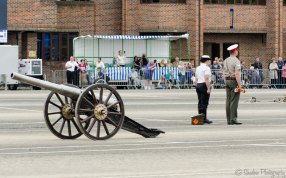 The Field Gun Run features 22 crews from across the UK and Gibraltar competing for the coveted Brickwoods Trophy and is supported by the Royal Navy and Royal Marines, as well as the British Army and Royal Air Force.  It’s a tribute to the Royal Navy’s involvement in the relief of Ladysmith in Southern Africa during the Boer War in 1900.  Guns from HMS Powerful were hauled to Ladysmith by the ship’s naval brigade to defend the town against attack.  Special carriages and mountings for these guns had been improvised by Captain Percy Scott of the cruiser HMS Terrible and dispatched in HMS Powerful in Durban.  Later, Commander Scott played a key role in conceiving the idea of Field Gun competitions, with the first taking place at the Royal Tournament of 1907.  Today, 22 teams compete in this spectacle of strength, discipline and teamwork. 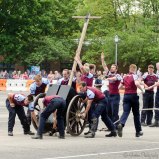 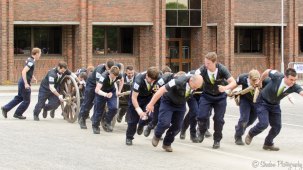 The competition was fast and furious, with each 18-man team gritting their teeth and pouring with sweat as they demonstrated sheer determination to run, dismantle, reassemble and fire the gun in the shortest possible time.  It must have taken weeks of physical training to develop the stamina essential for this challenge and the super fit crews did themselves and their services proud, maintaining the spirit of the Royal Navy’s contribution to the liberation of Ladysmith.  The same could be said for the Tiger Motorcycle display team – a group of children aged 5 to 16 years who captured everyone’s imagination with their tricks, stunts and jumps. 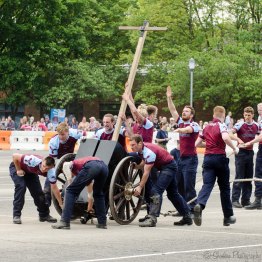 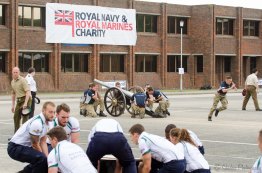 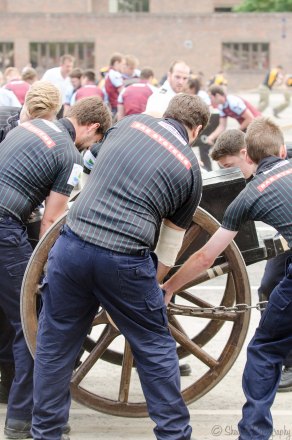 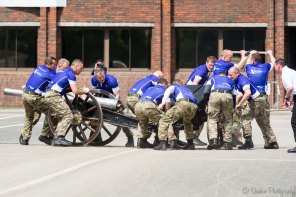 Witnessing such energy and endurance made me feel highly motivated to set myself a personal challenge, but after much deliberation, the best I could come up with was chasing my peacock feather toy around the lounge for more than 3 minutes.  That does seem a little lame compared to the trials and achievements of all those represented at HMS Collingwood’s open day so I decided to put aside my new-found vivacity and concentrate instead on cleaning up my fur after being petted by the sticky mits of excited children earlier on.  My next challenge would be racing John to the door and climbing the food trolley to select that evening’s tasty treat! 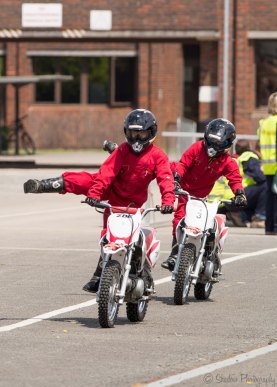 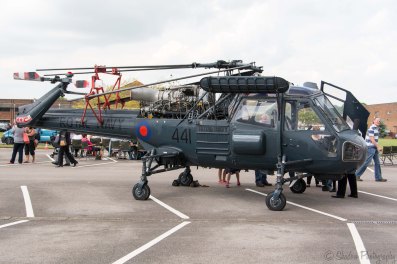