Rookesbury Park is a former stately home situated at the end of a sweeping drive in the secluded Hampshire countryside.  This Grade II listed building with its majestic lawns was the location for a special New Years Eve shindig with the Saga Louts, a mellow crew of rock ‘n’ rollers who know how to swing the night away with their rock style. 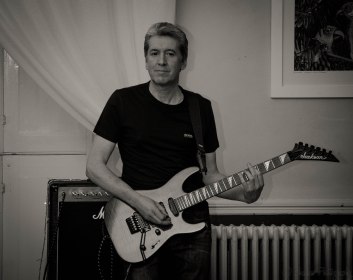 John and I arrived at the venue around 7.30pm (way past my usual bed-time!) to find the band warming up.  I figured if I was going to be at home listening to the noisy bangs of fireworks, I may as well go out with John and listen to the loud booms of a live band and have some fun.  As the evening went on, I made friends with a great little doggy who was obviously used to being around cats.  I amused myself watching his ears flap around when he got excited.  The party-goers were in good spirits and the drums beat their rhythm with energy.  The guitars were jammin’ and John’s brother Colin on lead vocals was kickin’ it Rod Stewart style.  Do I sound like a hippy groupie?  I could well be their first and only cat fan!

Anyway, apart from the great music, the Saga Louts are also good at getting their audience to relax and participate, thanks to their natural ability to laugh and joke around, encouraging people to join in.  Their vintage classic covers resulted in spontaneous singing and dancing from the crowd and they knocked out 60 songs including Rolling Stones, Yard Birds, Eric Clapton, Chuck Berry and Black Sabbath.  I sat on one of the tables and got lots of attention, especially from the ladies who were cooing over me and giving me titbits of turkey from the buffet.  I could see Colin watching me, trying to copy my moves, but only Shad has the silky swagger Romeo!! 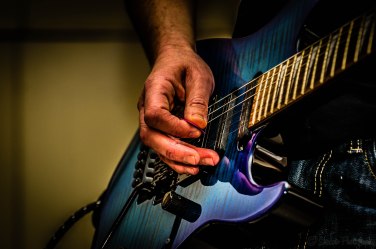 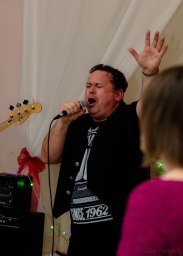 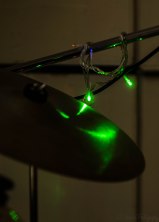 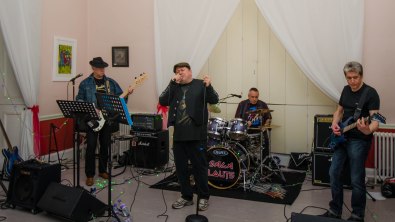 Shad gets Jiggy with the Saga Louts