John took me on a forest adventure this weekend to a wildlife park near Ashurst in Southampton.  It’s part of the New Forest, an ecologically rich area of grassland, heathland and woodland in the south-east of England which provides habitats for all kinds of rare and unusual plants, insects, birds and mammals.  The wildlife park is set deep in the forest and surrounded by tall trees that looked to me like giant fortresses topped with emerald-green and nut-brown foliage.  I could feel the eyes of the multitude of shy forest creatures that were hiding in the trees watching me as I trotted along next to John. 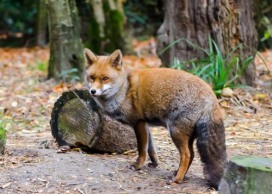 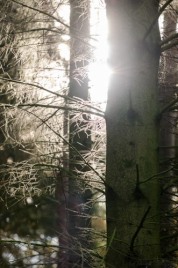 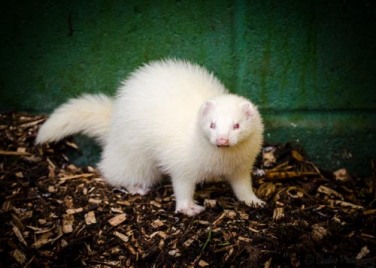 We followed the moss-veiled trails that led to some animals that I don’t often get the chance to photograph.  Like the big beefy bison that was lazily munching on some grass.  He appeared peaceful and unconcerned but I had no doubt that one insolent flick of my tail might cause him to lower his solid horned head and charge towards us.  I was pleased to see the lynx, with its short tail and tufts of black hair on its ear-tips, it had large paws and all the characteristics of a finely-tuned stealth survivor.  Then there were the gregarious and industrious giant otters, highly sociable animals who live in extended family groups.  They were most entertaining, sleeping happily together in huddles and playing noisily, barking, snorting and whistling at each other with enthusiasm.

All of these animals are highly endangered, struggling to adapt to habitat loss and fighting for their lives when they are hunted, the bison for their meat and skins, the otters for their velvety pelts and the lynx for their fluffy patterned fur coats.  Despite the humans that are willing to inflict suffering and even wipe out an entire species for the sake of fashion or status, there are many more humans willing to protect what nature has provided us and teach others to do the same.  The New Forest Wildlife Park actively promotes the conservation of animals through rescue work as well as participation in breeding programmes to protect the future of many endangered species, from our native orphaned and injured otters, owls and deer, to the European bison, the little harvest mouse and the rarely seen Scottish wildcat. 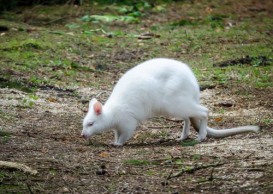 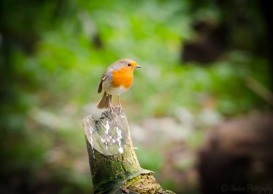 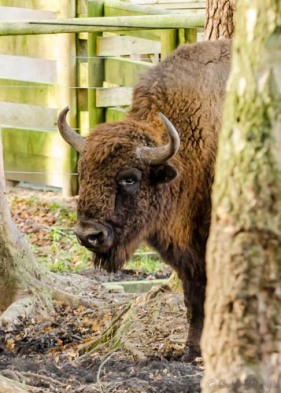 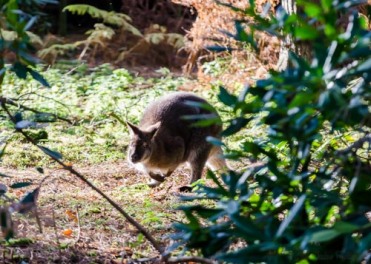 This natural forest environment was the perfect area for us to spot much local indigenous wildlife and, when I stopped to listen, I could hear the occasional drumming woodpecker or the scurrying of a squirrel crunching twigs and rustling leaves as it busied itself looking for its next meal.  Also looking for meals were the birds, like the bold robin who landed right in front of us hoping for a bit of John’s sandwich.  Don’t worry, regular readers know I like birds and I’m well in control of my hunting instincts, so the birds are safe with me (although John keeps an eye on me as a precaution)!