This music-crazy bunch of over-forties form a band called the Saga Louts and consist of a lead singer (John’s brother) who also plays the harmonica, a lead guitarist, a bass guitarist and a drummer.  They played down the pub the other night and I decided to forego my mid-evening nap to tag along with John and see them perform.  It was all very rock ‘n roll as they played songs such as Route 66, Summer of ‘69 and Brown Sugar. 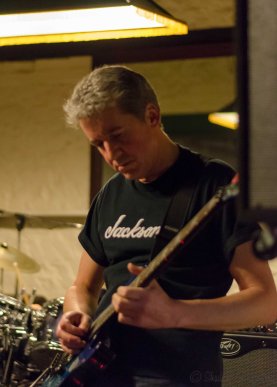 It was quite loud but very entertaining and I could see how much the band and the crowd were enjoying themselves.  At one point, John’s brother Colin was crooning with all his might, eyes tight shut, lost in his own world, swinging his groove thing and serenading the ladies!  I was hoping to catch John having a shake and a shimmy but he’s much too shrewd to get caught doing a ‘Hammer shuffle‘ or a moon-walk so unfortunately I have no embarrassing photos to show you.  But here are a few pictures of the Saga Louts doing what they do best. 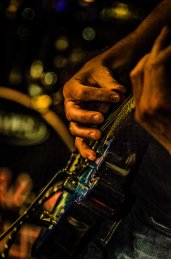 2 thoughts on “Shad gets jiggy with the Saga Louts”