I was born and raised in Bognor Regis, a seaside town in the Arun district of West Sussex on the south coast of England.  I was lucky enough to meet John when I was kitten, as I was not looked after properly, under-fed and covered in fleas.  John took me home and cleaned me up and I’m now a rather portly, proud and playful 3 year old boy.  I’m sure you’ve noticed the noble whiskers and satin coat!  I can be a little grumpy from time to time but a headstrong and adventurous cat like me is entitled to the odd mood-swing! 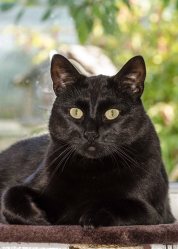 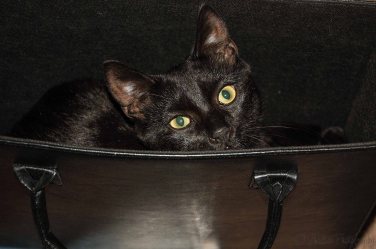 Me as a kitten

One of my favourite activities is going for a walk along the promenade.  When the tide is low, the wet rippled sand is strewn with rock pools teaming with sea life such as crabs, winkles, algae, and those tiny little fish that live in the rocky shores of the British coastline.  When the tide is high, the water can be still and shimmering blue, or choppy and murky green.

Bognor Regis was originally just named Bognor, being a fishing town, and at one time a smuggling village until the 18th century, until it was developed into a fashionable seaside resort by Sir Richard Hotham.  He came to the area to partake of the ‘beneficial’ sea air and now has a public park named after him.  Tourism gradually took off in Bognor during the 19th century and King George V came to Bognor in 1929 to convalesce.  As a result, the King agreed to bestow the suffix ‘Regis’ (which means ‘of the king’) to the name.  It is located 55 miles south-west of London, 24 miles west of Brighton and 6 miles south-east of the city of Chichester. 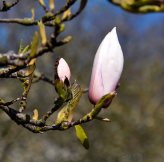 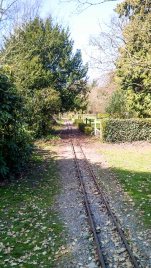 Now I can’t talk about Bognor without mentioning the legendary International Bognor Birdman competition.  This is an annual competition for human-powered flying machines which involves crazy contestants launching themselves from the end of the pier, a prize being awarded to the one who glides the furthest distance.  Competitors wear outlandish dress and construct some impressive and improbable machines to take part in the event.  It started in Selsey in 1971 and transferred to Bognor in 1978 when it had outgrown its original location.  The Birdman Event of 2008 was transferred to Worthing following health and safety concerns about the pier.

The pier is 148 years old (almost as old as John!!) and took some 18 months to complete.  It has undergone several transformations over the years, with extensions and restorations, and the addition of a theatre, a cinema and a roof-garden restaurant.  It was used during the Second World War as an observation station and has since succumbed to damage and structural collapse over the years from fire and severe storms.  With increasing maintenance and repair costs, and continued weakening of the seaward end of this Grade II listed structure, the seaward end unfortunately remains derelict.  However, the pier is still popular with locals and tourists and forms part of the town’s character and charm. 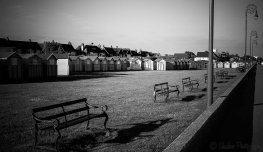 Anyway, I hope you enjoyed my musings about my home town.  John and I have taken lots of photos in the local area over the years and I’ve shared a selection with you here today.  Oh and don’t worry about my little joke at John’s expense earlier.  He knows I think the world of him and have the greatest respect for him as my friend and provider and business partner (even if he is a grouchy old chap like me!!).

2 thoughts on “Shad talks about his home town”